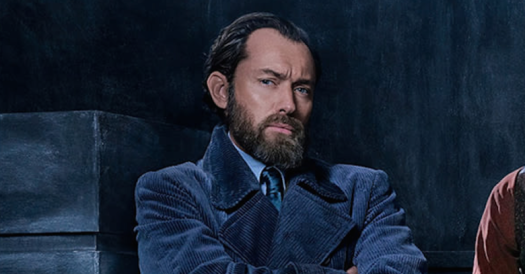 Ah yes, it looks another installment of “Keep the Gays Out of our Favorite Things” is unfolding right before us, brought to you by J.K. Rowling, and several fans of Harry Potter who find joy in insinuating that our childhood selves wouldn’t be welcome in the wizarding world. Us LGBTQ+ people are just such a nuisance, aren’t we? Wanting to be represented in the stories that we’ve grown up with, and wanting that feeling of identifying with a character who’s gone through similar struggles. Geez, we’re just so awful.

Sorry, I jumped into my own bitter emotions without giving context.

It was announced that there would be a sequel to Fantastic Beasts, a spin-off installment of the wildly popular Harry Potter series, and in this sequel, Dumbledore will be heavily featured. The next one is subtitled “The Crimes of Grindelwald,” and from what J.K. Rowling said in an interview (and not through the books), Dumbledore is a gay wizard who had quite an attraction to Grindelwald. Yet, despite that important part of this very powerful, very important wizard’s identity, the next movie is apparently set to skirt around his homosexuality that Rowling says is there, even though she avoided canonically representing it in her content. Reasonably so, many fans were confused and upset about it, including Lucy here, who represented J.K. Rowling’s thought process about all of this pretty well:

jkr: dumbledore is gay lol
fans: okay but u didn’t put it in the source material
jkr: i know lol
*ten years later*
fans: okay you’ve got a chance to put it in canon now
jkr: hehe lol i know
fans: so are you gonna
jkr: no lol

Saying “oh yeah, that character of mine is clearly gay” is a lot like saying you’re a drag queen just because you’ve watched RuPaul’s Drag Race. If you aren’t planning to go all the way, then be prepared to sashay away, henny.

It’s a huge thing for Albus Dumbledore to be represented as gay, especially as someone who’s regarded in the wizarding world as one of the most powerful wizards, as well as as the headmaster of an esteemed school of magic. When you throw in the fact that he’s gay without  featuring his homosexuality in the actual source material, it leaves us with a lot of questions. What is it like for a gay wizard in their society? Is the their world equally or less homophobic than our reality? Is Dumbledore the only gay wizard? How do the students feel about having a headmaster who is homosexual, assuming he’s openly gay? So much about LGBTQ+ representation in Harry Potter could be represented through this one character, yet instead of following through on her boldly saying that this powerful presence is gay, it sounds like it will be completely avoided. I guess us gays don’t really have a place in the Harry Potter series.

Oops, was that too much? Rowling hasn’t said otherwise, so I’m more inclined to believe it’s true.

Of course, those defending her are also throwing out all of the typical anti-LGBTQ+ representation arguments, such as “you can’t just force a gay character in a story” and “characters shouldn’t be gay just for the sake of being gay,” among many other ridiculous arguments. This is basically how it goes down every time I hear them:

You know what straight privilege sounds like? It sounds like people complaining that a gay character in a popular piece of media would be “forced,” or that they’re not in there for any reason. I can’t even begin to tell you how incredibly connected I feel to a good story that has LGBTQ+ characters, as opposed to one that has only heterosexual characters. I can’t even fathom the words to tell you just how important that book, TV show, or movie becomes when it reveals that a central character is gay. And as someone who’s written several short stories, I can’t even begin to tell you how easy it is to give some indication in your story that someone is gay. It can be subtle, or it can be a little more explicit, depending on the context, but to act like it’s not possible is basically telling the LGBTQ+ community that our inclusion is an inconvenience.

LGBTQ+ people aren’t some sort of handy-dandy acceptance scapegoat for making yourself yourself look like a good ally. We’re not your “gay best friend,” we’re not that one gay person that you say you like so it’ll look like you accept the community, and we are most certainly not some random identity you get to unofficially slap onto a character in a wildly popular book/movie franchise just so you can look good. I shouldn’t have to say it, but apparently that hasn’t really sunken in to the collective heterosexual mind, yet. You can’t get people’s hopes up by unofficially adding in an LGBTQ+ identity, and then copping out when the time comes to really deliver on that representation. This series has such a large audience, and to pique the interest of a large group in that audience by saying that a central character is homosexual, only to say “nah, let’s not shed any light on that” is a big insult to the community. Whether it was Rowling’s decision or not, the Harry Potter series is ultimately her creation, and I’m sure simply saying that they should feature more of Dumbledore’s sexuality would be enough to get something done.

But of course, LGBTQ+ representation is just too hard, and it’s such a pain to include us in anything, so why bother? Good work, Rowling. Sorry I’m not sorry that less than the bare minimum got you on the wrong side of the rainbow!