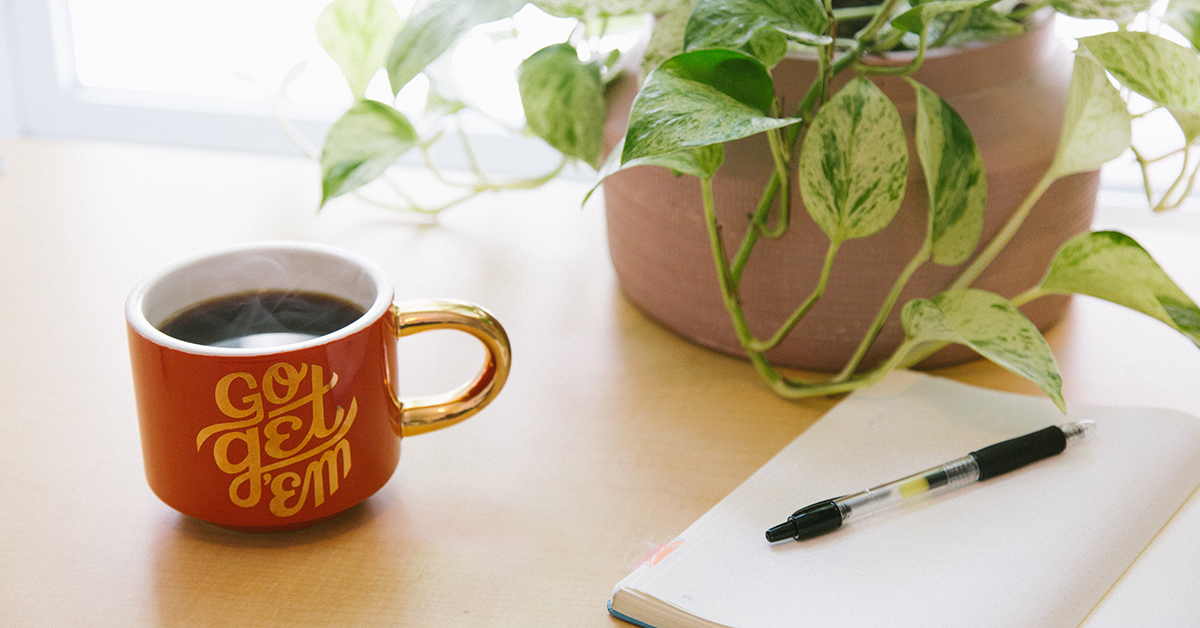 I’m not the only writer who compares himself to others. I’m not the only creator who feels like his creations are worse than they actually are. In the world of artistry and pulling ideas out of your head to turn them into a creative piece, looking at your finished product (and at times, your work-in-progress) and thinking “this is a pile of garbage” is just a part of the process. It doesn’t have to be, but it usually is.

Lately, I feel like I’ve been slinging out a bunch of hot, smelly garbage when it comes to writing. I can smell it even before it hits the blank document, and I immediately discourage myself from the idea that anyone else would even want to look at it. It’s been hard, because every time I finish the grueling creative process with my writing, I get such a damn rush that I can’t get from anything else. So feeling like everything I’ve been doing lately is subpar, plus seeing the success of so many other writers, makes me feel like I don’t have what it takes to let my creativity shine. Don’t get me wrong, though. I’m quite ecstatic to see others succeed, especially when they’re other queer writers. However, I start to feel like I need what they have in order to succeed, and I talk myself down into thinking that I’ll never have it. Nevermind the fact that what they have and what I have can exist at the same time and be equally as successful; my brain thinks I just won’t make the cut.

This all changed when I just recently received this email: 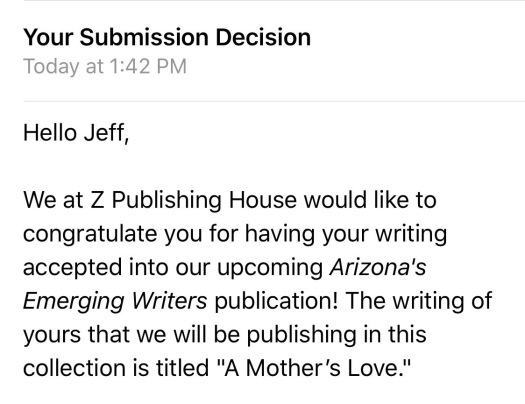 Okay well, I’m exaggerating. Not ALL of it changed, but it did take me a little bit out of the immense imposter syndrome I’ve been feeling for a bit. Like I don’t know if I actually deserve the success I get because I don’t believe I’m at the level of other successful writers.

I keep going through these motions of being a writer where I feel like the talent just isn’t there, like people are just saying I’m a good writer because it’s better than saying I’m a bad one. Even receiving this email (which, don’t get me wrong, I am THRILLED about it), I feel like I’m still just some run-of-the-mill gay writer on the Internet.

This publishing house wanted a short, 1250-word excerpt for their collection. I could have just combed through my old projects and sent one of those out, but what did I do, instead? I busted my ass to write a whole new piece from scratch. I didn’t have to, as I didn’t have that long of a time to write and edit a whole new piece to send to this publication, but I did it, and that work paid off. Yet, I still feel like it didn’t actually happen. Like maybe it’s going to slip away, somehow. How, exactly? I don’t know, but I keep feeling it.

Regardless, I’m trying to stay on the lighter side of it. This is my second publication I’ve gotten in to! That’s huge! I wouldn’t have been given this if there wasn’t talent in what I do. I worked hard for it, and I know I deserve it, and as long as I keep reminding myself of that, I know I can move forward and continue to put that energy into something bigger and better, so I’m going to do what I can to ignore the imposter syndrome, and keep writing the way I know I can. This may sound all kinds of cliché, but gurl, I just learned that I’m getting published. I can get a little sappy and cliché if I want to!

And believe me, I’m just getting started. I have bigger ideas that I will for sure be putting some good energy into, so once this imposter syndrome stops being so damn loud (which may never happen, but I’m feeling optimistic while writing this), the world will see just how mighty my pen can be! (Not a euphemism, ya nasties.)

This reminds me of the time I went to a bear bar and one patron got real mean for no good reason 😬
Listen, we know you wanna call me a gay slur. Just call me the slur, it’s less work for all of us.
You’re welcome 😌
Setup is coming along nicely in my new office! Got some lights I want to set up and then it’ll be pretty much exactly where I want it 😌
👀 #BisexualAwarenessWeek
First haircut in Seattle baybeeee 💇🏻‍♂️
Loading Comments...
%d bloggers like this: