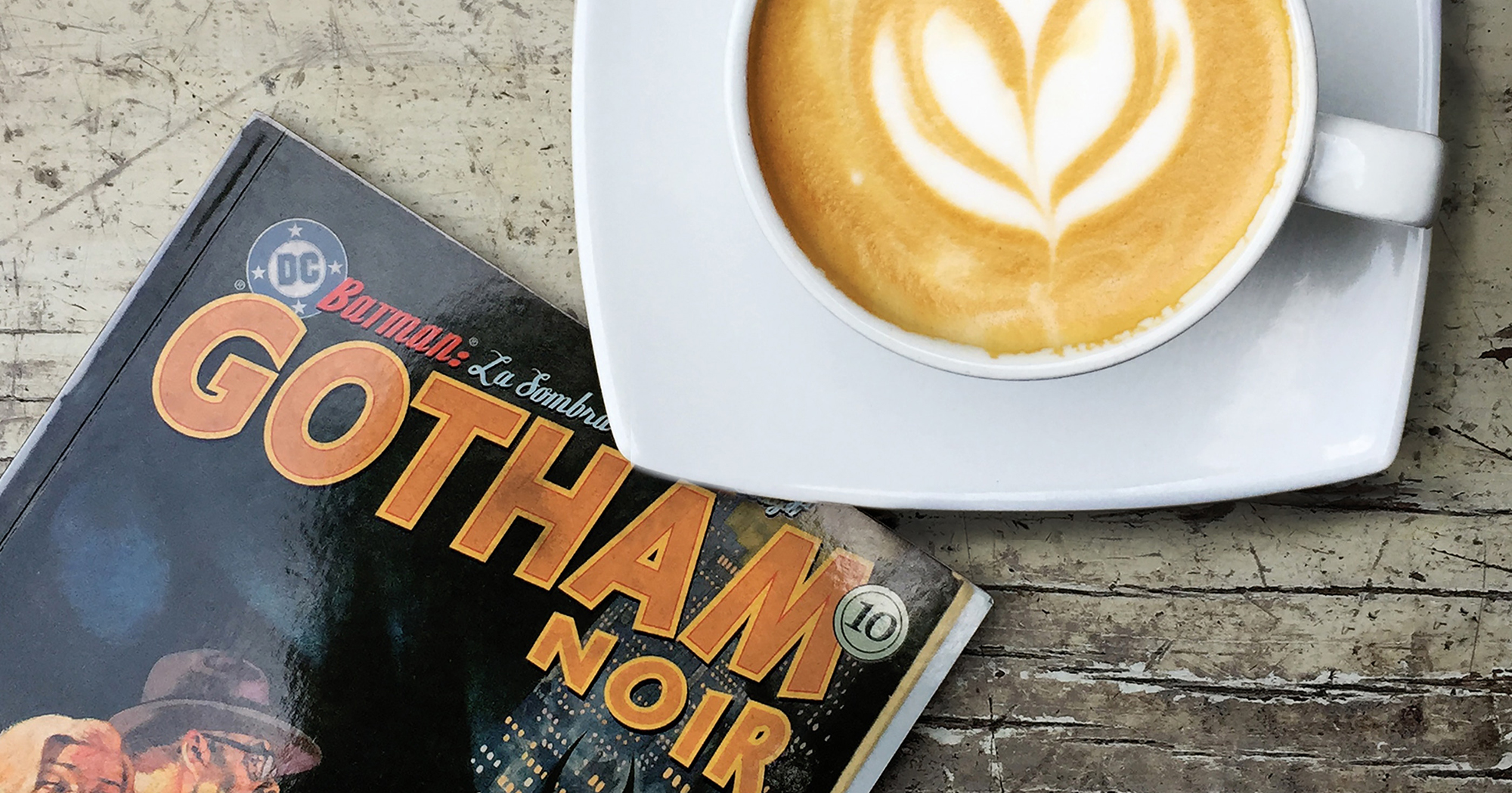 I chose a username about 4 years ago, with the intention of making my presence based on me being just one voice in a community of diverse individuals. “AGeekintheCommunity” was supposed to be a way for me to assert that my voice was only one voice among the community (at that point, it was for LGBT+ topics), but it had a double meaning in the sense that I felt like I was a geek that traversed through many different communities. I wanted to try to portray that my voice is distinct, but not the only voice who has an opinion on the topic.

Though I consider myself a “geek,” which in my realm, means being incredibly passionate about a certain something (usually TV shows, movies, books, etc.), it was starting to feel strange trying to brand myself completely off of that. At first, it was easy to embrace that I would be a geek in any community I moved through (which, well, is still a little true), but it hasn’t been until lately that it feels like it shrunk me. It reduced me to being “just another face in the crowd,” as people say.

I know I’m just another geek in the community, but I don’t want to feel that.

Due to a lot of discouraging experiences, I’ve felt like nothing special for most of my life, and I don’t want those insecurities to start bleeding into how I present myself online, or the quality of work I put into my creative projects. I’ve known that I have a lot of talent to offer, but I have rarely felt that I do, and I know I need to break out of that cycle if I want to believe in my talents. Can a simple username change across all of my platforms be enough to make me feel the uniqueness that will inspire good work? I don’t know, but it can’t hurt to try.

Originally, the name change across all my social media was due to the trend of writers/authors using their real names as usernames, as well as the domain names for their websites as a means of making it easy for people to find their work. I was scared to do it at first, because it would mean going from a catchy username to just, you know, my name. I had been thinking about it months before changing, but always talked myself out of it, or listened more to the people discouraging me from doing it. The thought started nagging at me even harder lately, and I figured that it was just time for me to do it. It’s “Now or Never,” you know, like the Blair St. Clair song (she’s a drag queen, in case you didn’t know). I’m pulling myself together, and all that jazz.

I still love AGeekintheCommunity, but he’s not who I need. He got me started, but it’s my turn to lead myself into something amazing.

It was originally supposed to just be a thing I did for a more solid web presence, but I found something deeper in the username change. Maybe the hinderance that AGeekintheCommunity gave me was so subconscious, it wasn’t until I went through with the whole process that I see where it could have been holding me back. “JeffBrutlag” might be less catchy, but it’s me. It’s the identity I’ve lived with, and am learning to love. There is complexity, experience, and talent behind that identity that I know will do amazing work. I can put in the effort to make my identity pop; AGeekintheCommunity will always just be “a geek in the community,” no matter how good he is.

So look out for me on the world wide web, friends! Jeff Brutlag is ready to kick some metaphorical teeth in. He’s still a big geek, though, so don’t be too intimidated.

(The only place you may still see the username “AGeekintheCommunity” is Facebook, because apparently “Jeff” isn’t a word that’s “allowed on Facebook.” Their platform can go down in history as the first hater of my name change. That’s like, kind of cool, I guess?)

Would I be happier with a human person I could cuddle with during this quarantine? Sure. Am I still blessed that THIS is the silly boy I get to be trapped with? Absolutely 💖 . #gayswithcats #catsofinstagram
It’s gonna be really interesting seeing what my hair will look like with two months of growth after my last haircut 😬 Will I love it? Will I hate it? Will I have a full Britney Spears moment and shave it all off? Stay tuned to find out!
Happy #TransDayOfVisibility, everyone! In a time where it’s hard to physically be here for our trans friends and family, it’s so important to be showing them love in the ways that social media allows us to. Call out transphobia when you see it. Stand with our trans siblings on the issues that are important to them. Being an ally is not just saying you’re there for them, but SHOWING that you stand with them. I love you all, and I see you. You’re beautiful, powerful, and important 💙💖🤍
Thought this deserved a spot on Instagram, too. No matter where you identify in the queer spectrum, you ARE enough. I had so many years of wondering if I was “gay enough” to be worthy of having a spot in the community, but just by being me, I’m enough. That’s all I need. And that’s all YOU need, too 💖
Can you believe I’ve been streaming on @Twitch for a whole 3 years? That’s BONKERS. I’m going to be live for a whole 12 hours today to celebrate (which means I’ll be live until 10pm PST!) We’re starting with a clip viewing session of the 3 past years of streaming, then we’ll be playing Animal Crossing together, and then doing some spooky games! I also have giveaways going all day, INCLUDING a copy of Animal Crossing: New Horizons! I hope to see you there! 💖
This might be one of the most delightful moments I’ve had while playing #AnimalCrossingNewHorizons The fashion is everything, and our goal is to ALWAYS serve looks 💅🏼 twitch.tv/jeffbrutlag . #ACNH #AnimalCrossing #gaygeeks #gaymers
%d bloggers like this: